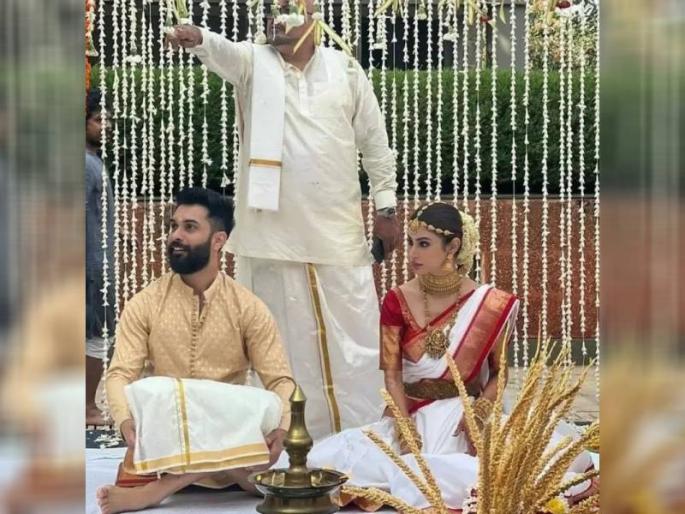 Famous TV actress Mouni Roy has tied the knot with businessman Suraj Nambiar. Mouni and Sooraj are married according to Malayalam customs. Let us tell you that the fans very much liked Mouni’s South Indian look.

At the same time, along with the fans, all the celebs are also continuously wishing for this newly married couple. Not only this, pictures of Mouni Roy with her husband Sooraj Nambiar are becoming increasingly viral on social media. Fans are excited to see this couple as bride and groom in the wedding pavilion. 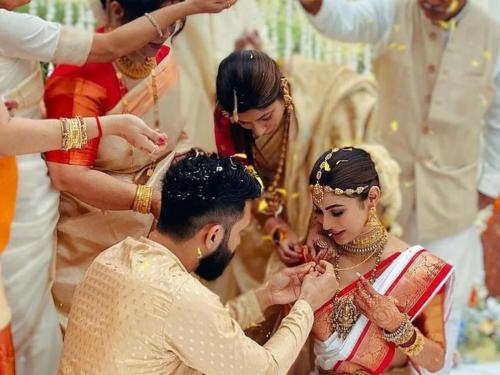 For her special day, Mouni wore a beautiful white saree with a red border, with which the actress paired heavy jewelry. In such a situation, heavy jewelry with a sari has done a great job of completing her bridal look. At the same time, talking about Suraj, he is wearing a golden kurta and white dhoti. At the moment, Mouni and Sooraj look very cute together. By the way, talking about viral photos and videos, in one picture, Sooraj is seen wearing a mangalsutra to the actress, in which close friends and relatives of both are showering flowers on her.

Sooraj was born in Bangalore, Karnataka. He celebrates his birthday on 6th August. Not only this, he has done his early schooling at Jain International Residential School. After this, in 2008, he completed his civil engineering from RV College of Engineering, Bangalore.

Suraj has a lot of interest in the business. Apart from being a businessman, he is also a Dubai-based investment banker in such a situation. According to media reports, Sooraj also has an event management company brother. Suraj is also the co-founder of this company. This company is based in Pune.