‘Sher Shah’ (Shershaah) Biopic of Captain Vikram Batra (Captain Bikram Batra Biopic) It is. The film revolves around the victory of the country and events related to personal life due to captain Batra’s valor and courage in the Kargil war. 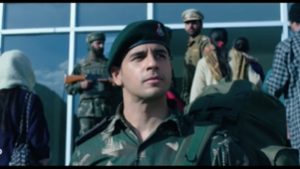 The Kargil war was the most difficult battle ever in the history of independent Hindustan. 17,000 The country lost a lot in this historic war fought at an altitude of feet. A lot was at stake. Pakistan troops, dressed as Kashmiri militants, had infiltrated into the Indian territory along the Line of Control (LoC). The value of the country was at stake. Our jabanj soldiers risked their lives. It was because of his unparalleled courage and valor that he hoisted the tricolor again on the top of Kargil. In this war, the country lost its brave sons. It is his martyrdom, As a result, the head of the country is high today with pride and respect. Director Vishnu Vardhan and writer Sandeep Srivastava started the film with Captain Vikram Batra (Siddharth Malhotra) since childhood. he slowly, But they move forward effectively.

The canvas of the film is big along with Vikram Batra. He gets his love in Dimple Cheema (Kiara Advani). again 13JAF The rifles have a posting to the post of lieutenant. The writer-director has spent a lot of time installing Captain Batra on screen as a character. While it could have shown a little speed. not only that, Kiara Advani Whenever they come on screen, A lot of money is spent on romantic songs. The original story on which the film is based, This delay in reaching there makes you miss. Due to this, the pace of the film also slows down. The first half of the film may take you slow.

It is also true that the task of showing the story of Captain Vikram Batra was not easy. Many facts, Lots of action, It also has family and love. To wrap up all this and put the historic victory of the Kargil War on the cinematic screen with the same emotion. It was all hard work. In the second part of the film, there are many incidents., So the film catches the spid.

Siddharth Malhotra (Sidharth Malhotra) The biggest responsibility was on top of that. It was arguably a difficult task to portray captain Vikram Batra’s character in a larger-than-life style. But it would not be wrong to say that this is Siddharth Malhotra’s best performance so far. Siddharth Malhotra and Nikharkar come to the end of the war. Kiara Advani (Kiara Advani) She is all right in her character. She loves such a person, Whoever is brave from the heart. There is not much to do according to the story of the film in his character. 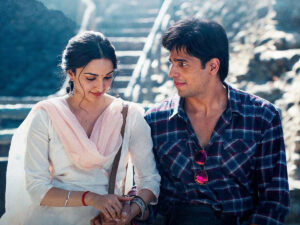 Sh. V. Pandit (Shiv Pandit) The film stars Captain Sanjeev Jamwal. A character like this, which looks as hard as it looks from the outside, It’s as gentle from the inside. Niketan Dhir looks good in the role of Major Ajay Singh Jasrotia. Something similar is the case with the shataf figure. He plays the role of Col Yogesh Kumar Joshi in the film and makes an impact. although, The film also shows some conservative ideas and years of thinking. Especially with regard to Pakistan.

all told ‘Sher Shah’ It is a patriotic film. Many war scenes have been shown, But he could have been filmed on a bigger scale. What the country has suffered and the story of courage over the Kargil war, You miss it as an audience. although, The kind of successful war films have achieved in Bollywood so far, looking at him ‘Sher Shah’ The recent release is ahead of several films of this genre. It shows you a story that also inspires you.

The story of the film binds you. To see brave soldiers in uniform fighting enemies, Stick to your soil till your last breath, All this instills emotions in you as an audience. ‘Sher Shah’s biggest victory is that it has the mandate to recreate one of the most important events in the country’s recent history. There is also enthusiasm and ‘high enthusiasm’ Also.

Another Hasina’s entry to be held in TMKOC, Kriti Sanon’s co-star