Sumona Chakravarti is back in ‘The Kapil Sharma Show. Archana Puran Singh has also given confirmation about Sumona. However, there will be a twist in it.

Recently, Sumona shared a picture from the story of her Insta page in which she is seen on the sets of Kapil’s show. Giving information to the fans in her post, Sumona writes – ‘The Kapil Sharma Show back to work.’ 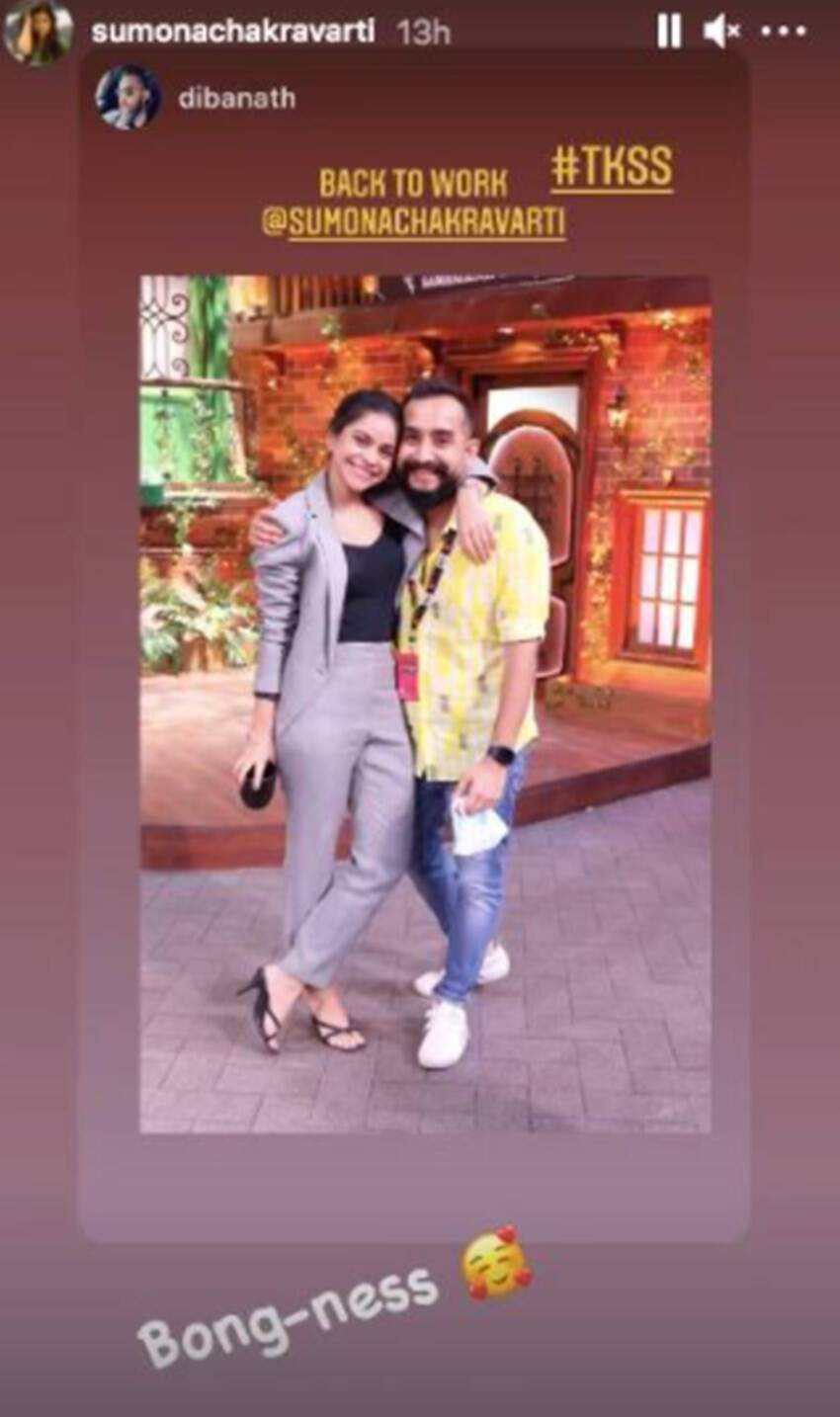 At the same time, another special thing related to the show is that this time the format of the show has also changed. Actress Archana Puran Singh, who played the role of a judge on the show, has revealed this. Archana first told that Sumona is returning to the show. There will be another twist in it. It is being told that this time in The Kapil Sharma Show, Archana will also be seen in a changed style.

In an interview given to Aaj Tak, Archana Puran Singh has revealed that this time the audience is going to get a big surprise in the show. He said that if you think that Sumona is not in the show, then you are going to get a surprise soon.

This time the format of the show is different from before, so Sumona’s entry will also be slightly different, while her avatar will also see a change. At the same time, many changes will be seen in Archana too. Archana also told that Sudesh Lehri will also enter the show. Although he had already appeared in the promo, he had doubts that he would be on the show permanently.

Let us tell, this time Akshay Kumar will be the first to appear on Kapil’s show as a special guest. Akshay’s film ‘Bellbottom’ is coming, in which Akshay is engaged in the promotion. Apart from this, Ajay Devgan, Amy Virk, and Nora Fatehi will be seen in the next episode.

Alia Bhatt did a special post about ex-boyfriend Siddharth Malhotra, Ranbir Kapoor should not agree