The relationship with Pavitra was called ‘toxic’ by Prateek Sahajpal, the actress gave a befitting reply

Bigg Boss OTT has started and the show remains in constant discussion due to some reason or the other. Many celebs have participated in the show. Of these, Shamita Shetty, Divya Agarwal, and Prateek Sahajpal have remained in the limelight since day one. Prateek has dated Bigg Boss ex-contestant Pavitra Punia. After entering the show, Prateek made many shocking revelations about his relationship with Pavitra. Now Pavitra has answered this.

Prateek had said, “I was in a relationship with Pavitra, but it ended because both of us were very aggressive and then later our relationship became toxic.” Now the reaction of the actress has come to the fore on this comment of Prateek.

Pavitra gave such an answer

Pavitra further said that she has not seen the episode, but will watch it when it comes on TV. Pavitra said, “My brother is a big fan of the show. He definitely watches this show. I am glad that I was a part of this show last season.” 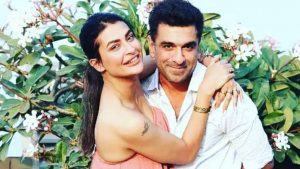 Pavitra in headlines for her relationship with Ejaz Khan

Pavitra Punia is dating Bigg Boss ex-contestant Ejaz Khan. Both fell in love with each other on the show and after the show, the relationship between both of them has become deeper than before. Romantic photos and videos of both are dominated by social media.

Akshay Kumar did dangerous stunts in Bellbottom to impress his wife, Twinkle Khanna said this