TMKOC: Another new entry is going to happen in Taarak Mehta Ka Ooltah Chashmah; this actress will tickle her comedy

By newz-webSeptember 17, 2022No Comments2 Mins Read 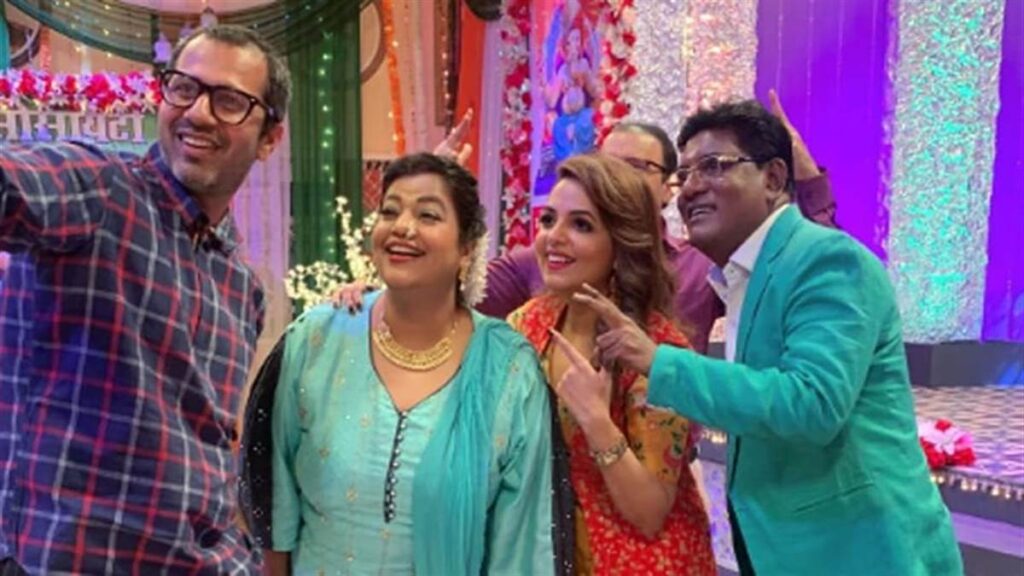 TMKOC: Taarak Mehta Ka Ooltah Chashmah is one of the most loved television shows. This show entertains the audience a lot. The makers of this show also keep doing something new and different for their viewers. The makers have brought in new faces by replacing many of the actors in this show. These newcomers have also left no stone unturned to entertain the audience. Now the makers are going to add a new angle to this show. The show’s entire team will now be seen celebrating the Ganpati festival. Everyone knows that every festival is celebrated with great pomp in the Gokuldham Society. This time the makers have come up with a new concept regarding the Ganpati festival.

There will be a new entry into the show.

There will be a new entry in the show Taarak Mehta Ka Ooltah Chashmah. Sugandha Mishra will be seen hosting the colourful program this time. At the same time, 20 temples will also be shown on the LED screen in this episode. On the other hand, Sugandha Mishra will ask questions related to the people of Gokuldham Society. To which they have to answer. For the people of Gokuldham who give the wrong answer, they will have to do some fun activity. Sugandha has also shared some pictures of the shooting on her social media. In these photos, she is seen with the team of Taarak Mehta Ka Ooltah Chashmah.

Asit Modi has said about the festival concept, ‘We have always tried to do something different and new. This time we are going to show many temples in India. Whoever gives wrong answers to the questions related to these will have to do some activity. I am sure the audience will love these episodes a lot. At the same time, a new Taarak Mehta has also come into the show. Shailesh Lodha was playing this character earlier. Now Sachin Shroff has replaced him. But the fans are demanding the return of the old Taarak Mehta. The audience does not very much like Sachin Shroff. Now Sugandha Mishra is going to be seen in the show.